Out of all the horrific instances, the situation in Ukraine now is the worst case scenario anyone can think of. We sincerely commiserate with the ukranian population, all the families that had to go through the one thing no one ever wants to think of. This is the reason we found this project Re-Create so useful, wholesome and decided to take part in it. The area we decided to work on is the building of a Railway station in Trostianec, Sumy region. Fortunately, it's condition to this day is not as bad as some of the other buildings had it. Additionally, we truly appreciate its monumental character and wanted to keep the shape and overall appearance by just adding some of the more industrial touches. The construction elements presented as the outer shell, complementing the white plaster facade, represent the purity, clarity, peace maintained and protected by the power. Being the object of evoking the first impression of the place we go to, the station, its architecture gives off the most of brightness and becomes a local landmark. 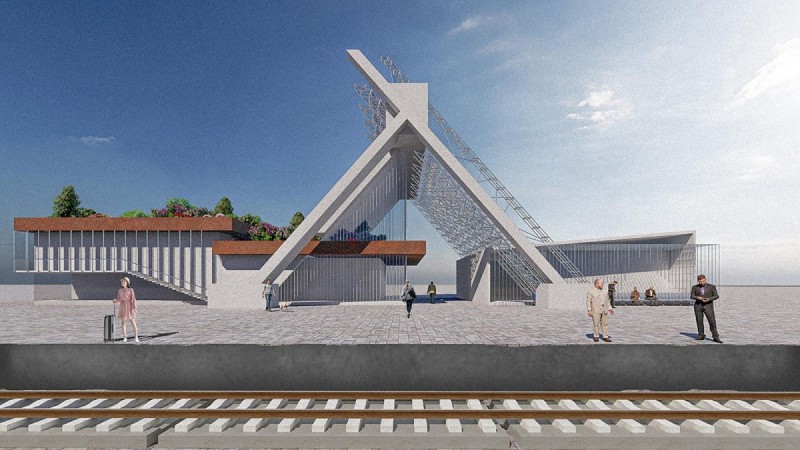 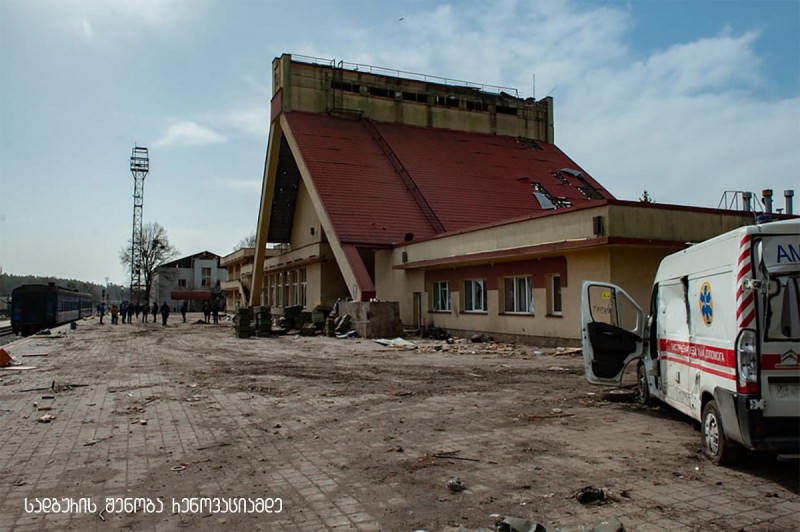 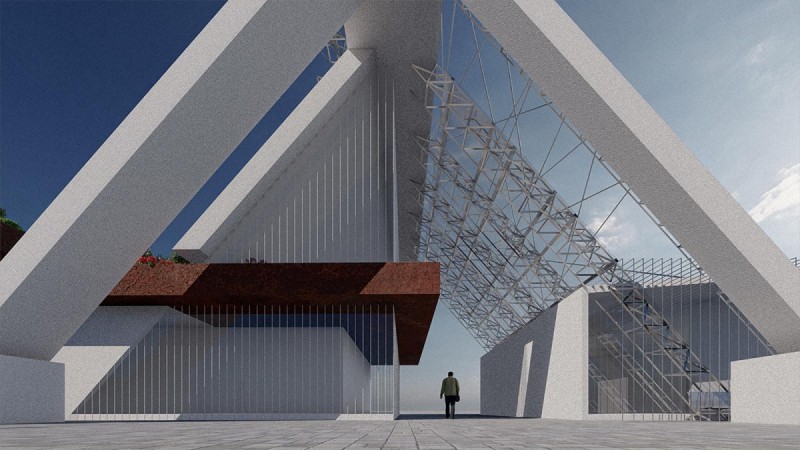 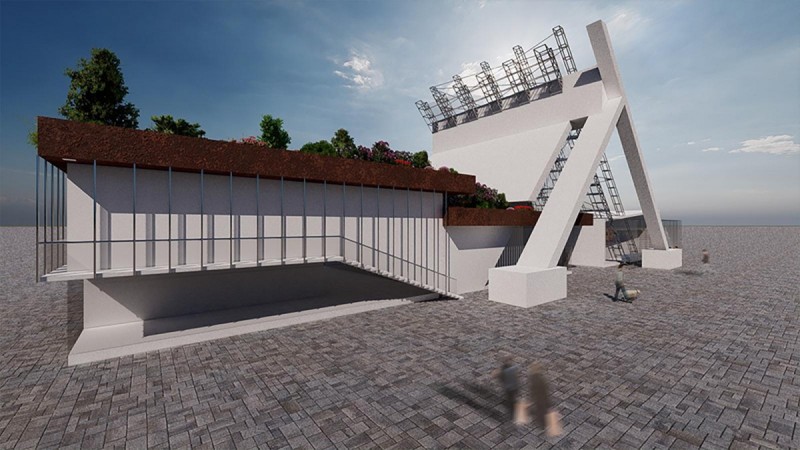